In April 2018 one of Australia’s most awarded restaurants Quay paused for service to undergo a major redevelopment. During the 4 month renovation, the Fink Group and Executive Chef Peter Gilmore completely transformed the dining room, kitchen and menu format to deliver an entirely new guest experience and new era for Quay.

The newly renovated 80 seat restaurant offers small intimate dining spaces incorporating sweeping views of the Sydney Harbour. The dining room has been re-orientated to open up to the Harbour Bridge whilst still offering spectacular views of the Opera House. To ensure each dining experience is personalised, every table features independently controlled lighting which changes throughout the evening.  The meal begins with enough light so that they can read the menu and as the meal progresses so does the lighting. By the end of the night the lighting is dim, moody and relaxed. 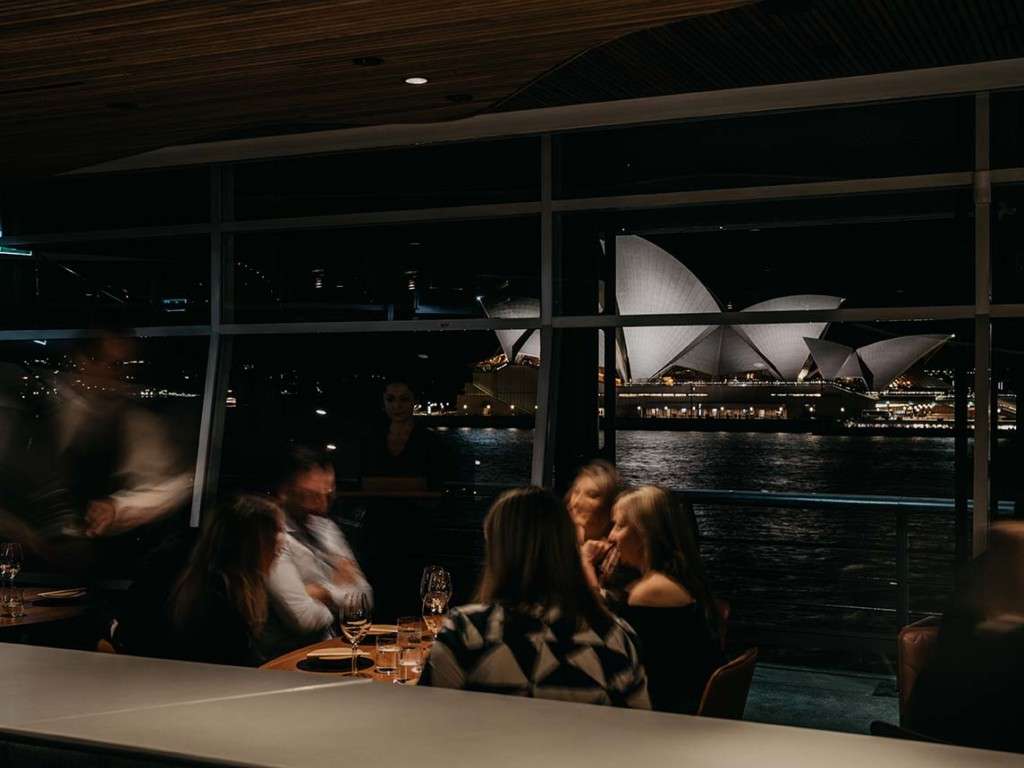 Whilst Quay’s menu has had endless reinventions over the years, the renovation has given Executive Chef  Peter Gilmore the opportunity to reinvent his food once more.

“Wiping the slate clean was a huge challenge, but ultimately very rewarding,” Peter explains.. “It gave me the opportunity to reevaluate everything from the smallest detail up. The diner can choose from either a 6 or 10 course degustation. I wanted a lot more interaction between the diner and the meal, where the diner takes part in building the meal in front of them. Just a few little things like that. I wanted to have a little fun with the menu and that interactive approach is part of our decision making process.”

Here’s a little known fact about Peter Gilmore: he dislikes the texture of oysters, but values the flavour. When designing this new menu for Quay, Peter wanted to challenge himself to serve an oyster at the beginning of the meal but in a way that he could enjoy it. He approached it as an “oyster intervention”, and has attempted to keep the flavour of an oyster whilst manipulating its texture. The resulting dish includes a silky oyster cream topped with an oyster crackling made from the frill of the oyster. 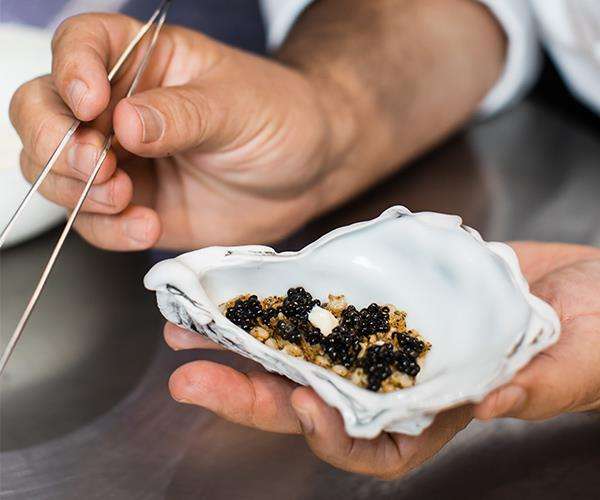 Hidden away from the customers eyes is perhaps the biggest transformation of Quay – the kitchen.

The renovation saw the old kitchen completely stripped back to concrete and rebuilt from the base up with new flooring, ceiling, ventilation and commercial cooking equipment.

“The new kitchen has been designed so that there is a different station for every dish,” Peter explains.” I have worked with Anthony and the team at Platinum Commercial Kitchens for all our kitchen renovations. I’ve been dealing with Anthony and the team for over 9 years now. I find his approach incredibly professional, he just gets the job done. He’s pretty good partner to have you; you need to know that you can work with someone that you can trust, and we definitely work very well together.”

When asked what piece of kitchen equipment is mandatory in a new fitout, Peter advised that a good combi oven is essential as you can do so many things in it.

“ You can steam in it, roast in it. We use it to slow cook but we also use it for roast ducks, we put it up really high with fan force temperature to get the crispy skin,” Peter said. “It really is multi-functional.”

A new inclusion to the kitchen is a blast chiller, courtesy of Italian manufacturer Tecnomac.

“The blast chiller is something we have never had before and it’s been fantastic. Being able to chill food, stocks. Things like the confit of pig jowl that we cook very slowly, it’s great to put in there and know that it’s being chilled really quickly. Just being able to control the temperature quickly aids the shelf life of the product. It also means that you are working within the health and safety temperature,” added Peter.

The heart of the kitchen has been carefully pieced together, with the Garland 6 Burner Commercial Range a staple to each station.

“Sometimes you need the heat of a really good gas burner. Garland are very well made and robust stoves that suit our kitchen. I had Garland in my our previous kitchen and we got a 15 years out of it. Its real work horse.”

The new incarnation of Quay brings a welcome change; a chance to create a more personal, interactive passage for diners through Peter Gilmore’s culinary evolution.